Before leaving you must carry :

Information on customs and security formalities is provided as a guide.
Under no circumstances may Corsair be held responsible if your official documentation is not in order.

To prepare your trip, we suggest you contact the island’s tourist office:Interface Tourism

No vaccine is mandatory.

To get around the country, there are plenty of bus companies serving the length and breadth of Mauritius - a cost-effective way of getting around. You can also get around by car, but take care with local driving habits and some “challenging” roads.

Watch out for some insect bites, which can be dangerous; do not hesitate to consult a local specialist. Also be wary of eating certain fish; some can be contaminated by toxins, check with the locals.

Banks and administrative services are open between 08:00 and 16:00 from Monday to Friday

In November: Divali, the festival of light and renewal

The international airport Sir Seewoosagur Ramgoolam, is the only airport in Mauritius. It is located at Magnien Plain 48km southeast of Port-Louis. The international IATA code displayed on the label of luggage that go in the hold MRU.

More information on the international airport Sir Seewoosagur Ramgoolam on  the official site.

Often compared to a smaller Singapore, Port Louis is indeed a bustling city where old colonial houses and buildings are found alongside imposing modern buildings.

The Port Louis citadel, the Vallée des Prêtres area, the Champ de Mars (the oldest racecourse in the Indian Ocean), Chinatown, l’Allée des Voyageurs or the Grand Bazaar are among the city’s essential sights.

Port Louis has luxuriant vegetation, which you can enjoy anywhere in the city, although Le Pouce park stands out. The Jardin de la Compagnie Gardens are ideal for relaxing.

You can wander the city in search of the last colonial-style Creole houses. The city also boasts some big buildings, including the Bank of Mauritius Tower, the Telecom Tower, the Newton Tower, the Paille-en-Queue Court and Garden Tower. Be sure not to miss Place d'Armes, the Port Louis theatre or the Parliament.

The Port Louis museum and the Blue Penny Museum are worth the trip if you have time. Dedicated to local art and history, they will give you a better understanding of the city and the island.

The Jardin des Pamplemousses gardens are fabulous: check out the palms, lantanas, camphor trees and sublime elephant trees. A magnificent 19th century colonial house, Maison Eureka is famed for having belonged to the famous writer Le Clézio. It is set in superb gardens.

The Spring Festival and Chinese New Year take place in January and February. These celebrations are accompanied by costumed parades and dragon dances in the street. The Tamil festivals are also held in this period.

The Hindu festivals are held in August on Mauritius. The faithful make statuettes of the gods, which they carry in a procession to the rivers or the sea, immersing them before sunset.

Characteristic of typically Mauritian folklore, sega is both a dance and music of African origin, imported by slaves. It is characterised by its high, frenetic rhythm.

A mosaic of religions

Hinduism, Islam, Christianity and Buddhism coexist peacefully on the island, so you can visit mosques (such as Al-Aqsa and Jummah Mosque), churches and temples. The Blessed Jacques-Désiré Laval is honoured every year in September. On the appointed day, Catholics and Mauritians of other confessions descend upon the tomb of Father Laval, the apostle of black Mauritians.

The recently built Caudan and Port Louis Waterfront bring together a host of restaurants, cafés, bars, cinemas, tax-free boutiques and craft shops. There is also a casino

Divali, the festival of light and renewal, is held in November. Believers have the custom of lighting up their houses and purifying themselves with a bath and offerings to obtain prosperity and abundance all year round.

A mixture of Indian, Creole, Chinese and European cuisines, Mauritian cuisine is fairly varied. However, Indian influence predominates, and on Mauritius you can find most of the characteristic dishes, such as byriani, samosas, curry or chutney. Rice is the basis for many dishes and food is generally spicy, as in India. Ask before you order in a restaurant, or you could end up with a dish too hot for you!

There are also the island’s culinary specialities such as the “Bol renversé”, a meat stew with rice served from an upside down bowl, “rougail à la mauricienne” (accompanied by a spicy tomato sauce, originally from Reunion) or “mine frit” (a noodle dish). There will certainly be a lot of grilled fish on the menu.

Tamarind juice and alouda (milk flavoured with grenadine, and thickened with local tapioca) are typical and refreshing drinks. It is better to drink bottled water. Finally, for rum enthusiasts, there is a distillery on the island.

Leave the kidney beans to soak in a bowl of hot water for around 1 hour. Finely chop up the onions and pomme d’amour tomatoes. Stew the onions in a pressure cooker, then add garlic, ginger and thyme. Leave to simmer for 2 minutes. Add the pomme d’amour tomatoes. Leave to cook for 3-5 minutes. Add the kidney beans and 750 cl of water. Season. Leave to cook for around 20 minutes. Sprinkle with chopped coriander at the end.

Port Louis has an exceptionally mild climate in the winter. Indeed, it is very rare for temperatures to drop below 18°C at night and 25°C in the day in the winter season, which lasts from June to September. The heaviest rain and highest temperatures are spread over several months from January to March, so the ideal months to stay are April, May, June, September, October and November; however, there is no period to be avoided.

Like the neighbouring islands, Mauritius is prone to cyclones. The cyclone season starts in December and ends in March. 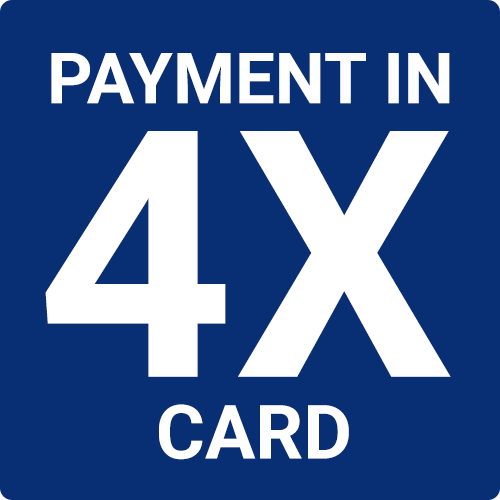